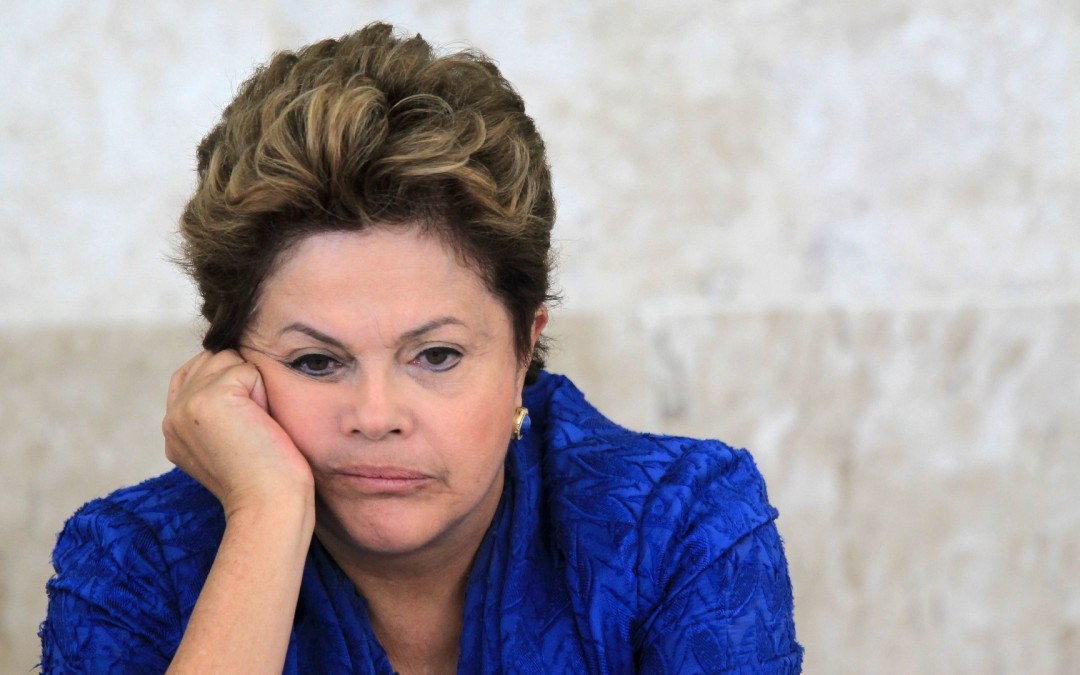 Things can change fast. Ask Brazilian president Dilma Rousseff, who took office for her second term in January this year. Since the global commodity super cycle came to an end Brazil’s economy went downhill.  During her first term, Dilma had to handle an economy that still had positive numbers. Today, it looks as if the macro economic powers of this world have caught up with the country. GDP is expected to shrink up to 2% in 2015, and inflation is hitting record highs at almost 10% now. Oddly enough, it may well be that this is not the president’s main concern today.

From a political point of view, Brazil is maybe even worse of than its economy. Dilma continues to be haunted by a multi billion-dollar corruption scandal at state-controlled oil company Petrobras, which has also impacted Brazil’s ruling Workers’ Party (PT). From 2003 to 2010, the period during which the corruption scandal allegedly took place, she chaired as President of the oil giant. Dilma claims to have no knowledge of any wrongdoing. Until today she has not personally been charged in any way involving the scandal.

Even if she was involved at the time, technically it wouldn’t be self-evident to accuse her, let aside to impeach her. According to Brazilian law, an incumbent president cannot be accused or punished for any malpractices that took place in a previous term. Therefore, Ms. Rousseff enjoys immunity…almost. 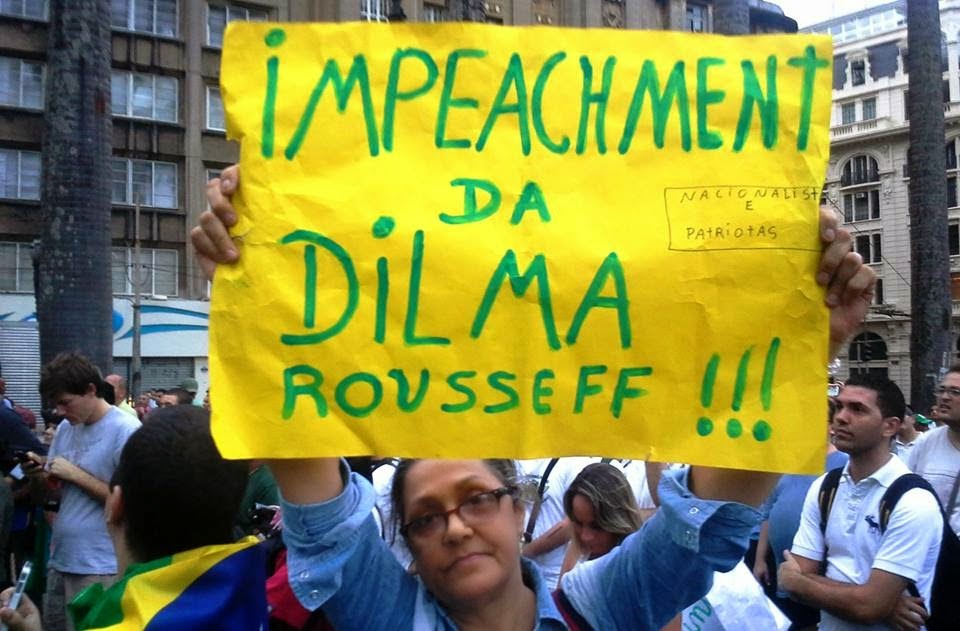 Brazilians took to the streets already twice this year. Massive actions were taken nationwide to express dissatisfaction about the country’s faltering economy and political scandals. Today, the scandal has gone further than anyone had foreseen, with former and current executives of some of Brazil’s largest corporations being sent to jail for bribing officials and politicians in order to secure contracts with Petrobras. ‘Lava Jato’ (‘Operation Carwash’), as the attempt to clean up the political system is called locally, is taking whole other levels and the walls are closing in on Dilma as well.

In a public opinion poll published last week Dilma’s popularity sunk from 40% at the start of the second term in January to only 8%, which means she’s the most unpopular democratically elected president since the end of Brazil’s military dictatorship in 1985. Even worse, two-thirds of the people interviewed said they would like to see Rousseff impeached. The only president who ever resigned to prevent impeachment proceedings was Fernando Collor, amid allegations of corruption back in 1992. At the time, Collar had an approval rating of 9%. Frighteningly similar, isn’t it?

On August 16 a nationwide rally demanding for Dilma’s resignation is taking place, which might be a turning point for the president. If Rousseff thought she had immunity, she probably might have it wrong.