The Frustrations and Dreams of a Nation 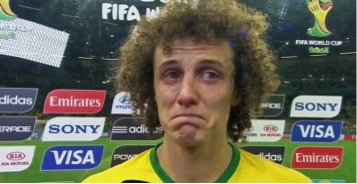 The FIFA World Cup… While this quite often turns out to be a contested topic – especially given the host countries of the past and upcoming 2 editions – for many of us this means late nights amongst friends or family to see our favourite team get through to the next round. For me, this edition provided a unique opportunity to witness it from the first row and experience a nation’s dreams and frustrations. As the finals of this year’s edition were already played a couple of weeks ago, we can finally draw up the balance.

In terms of football itself, there have been more than a couple of historic moments: the Belgians reaching the quarter finals for the first time since 1986, defending World Champion Spain not surviving the group phases, Suarez biting Italy’s Chiellini in the shoulder, the annihilation of Brazil by die Mannschaft with 7-1, van Persie’s incredible dive against Spain and an impressive 171 total goals.

Despite the spectacle on the field, there had been quite some off the grass as well. During the preparation of the Cup, the Brazilian government and FIFA have not been spared with criticism. Many Brazilians took to the streets in order to protest against the spending of billions of dollars, while clearly there are so many investments to be made in primary services like healthcare and education. As the opening match neared, tension rose even further as groups had threatened to run amok during the games as well.

Nonetheless, as the beloved national team kept winning their games – be it not with ”Samba-football”– the people started believing that this team could conquer a sixth world cup title that could assuage much – not all – of the public anger about the World Cup spending. Consequently the protests were kept to a minimum and only to small groups, far away from the stadiums and tourist hotspots

Following the humiliation of the Seleção by Germany however, the protest actions heated up with strong police interventions with tear gas and rubber bullets as counteractions. With the presidential election campain lying ahead in October, there was a strong political tone to many of slogans and chants. Still, the actual hosting of the World Cup has gone fairly smooth considering some of the dire pre-tournament predictions. 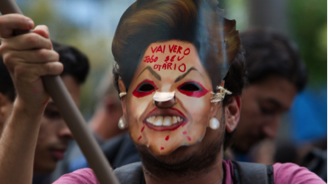 The loss off Brazil may nevertheless have reverberations beyond the world of soccer, with Brazilian President Dilma Rousseff being accused of causing the national heartbreak. She’s up for re-election in October against two opponents – Aecio Neves and Eduardo Campos – and will need 50 percent of the vote to avoid a runoff. According to Joshua Keating, staff writer at Slate, “it could have changed the political significance of the entire World Cup event, if Brazil had won the tournament. If the country had made a dignified exit in the late rounds, it probably wouldn’t have had that much of an impact either way. But a defeat this humiliating is going to remind a lot of voters of why they were upset about the World Cup in the first place.”

As was the World Cup, it will now be exciting to see how the Presidential candidates will evolve in the polls, how they will refer to the World Cup in their campaign and what further effect the event may have on their administration in terms of public services like the much needed education and healthcare.

In the meanwhile, the Brazilians already have one consolation after their Seleção stranded on the fourth place: the Germans lived up to their promise and didn’t let arch-rival Argentina take the cup home on Brazilian ground. Muito obrigado, Senhor Gotze!