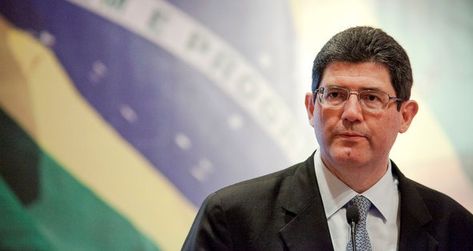 On October 26th, incumbent president Dilma Rousseff of the centre-left Workers Party (PT) got re-elected in a second round run-off against Aécio Neves of the centrist Brazilian Social Democracy Party (PSDB). In the weeks leading to the run-off, Brazil’s financial markets had been responding nervously to the results of every poll being published, clearly favouring a Neves-victory.

President Rousseff’s narrow re-election, with just 51.6% of the votes against 48.4% for Neves, dashed the hopes of investors and nearly half the electorate who had bet on her pro-business challenger. Her victory faced cold reality when the financial markets opened the day after, as Brazil’s stock exchange tumbled on doubts that she would be able to restore confidence in the economy and maintain political support in a highly divided nation. The markets have been acting hesitant ever since, as they waited for Dilma Rousseff to nominate her new economic team, which is now more important than ever with the country’s investment-grade rating potentially at stake.

After weeks of speculation that left the Brazilian Stock Exchange on a roller coaster ride, Dilma Rousseff last Thursday finally announced the appointment of Joaquim Levy as her next finance minister.

Mr. Levy, an executive at Bradesco, Brazil’s second largest private bank, was national Treasury Secretary between 2003 and 2006 and Finance Secretary for the state of Rio de Janeiro between 2007 and 2010. He holds a doctorate in economics from the University of Chicago and served on the International Monetary Fund (IMF) and the European Central Bank (ECB).

Mr. Levy, also known as the ‘scissors-man’ because of his reputation for fiscal discipline, has emphasized the need to strengthen Brazil’s fiscal accounts and set a primary budget surplus as early as 2015. He said his team’s target would be a primary surplus of 1.2 percent of the GDP in 2015, and no less than two percent in 2016 and 2017. “Meeting these targets is fundamental to increase confidence in the Brazilian economy and lay the foundation for recovering economic growth,” explained Levy.

While in her first term President Rousseff appointed prominent PT sympathizers to her economic team, it is clear that the appointment of Joaquim Levy last week is a strong sign that she is willing to accept strong, non-PT candidates into key positions. She realizes the need for change in Brazil’s current economic policy that has led to a weakening currency and higher than targeted inflation. Restoring investor confidence could eventually reignite the economic growth, and therefore will be one of her concerns as well.

In addition to Mr. Levy’s appointment last week, Mrs. Rousseff this week confirmed the nomination of Armando Monteiro – another market-friendly protagonist who led Brazil’s most powerful business lobby – as the new head of the Ministry of Industry and Trade.

Although markets clearly would have preferred a victory of the PSDB and Aécio Neves in October, and even though it remains to be seen how much freedom President Rousseff will give her new ministers to dictate policy, the markets welcomed the change in policy. Appointing market-friendly ministers to her new cabinet should be a first step towards gaining back investor confidence.