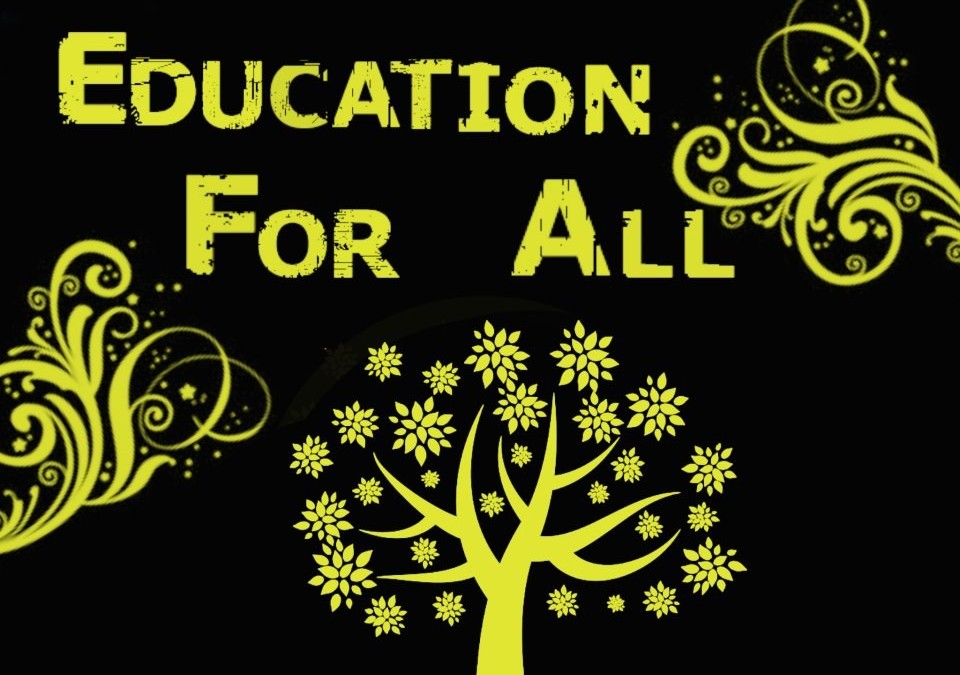 I am now living in Sao Paulo for just over 2 months and start seeing some “trends”. When asking Brazilians what is holding Brazil back, education, infrastructure and healthcare are the three recurring ailments. Let’s focus on education in this blog-post.

The poor quality of Brazil’s public education system limits students’ capabilities and adaptability, creates mismatches between workers’ skills and companies’ needs, and chokes productivity and entrepreneurship, thus affecting the whole Brazilian economy. No wonder so many of the banners seen in last year’s street protests denounced this in the light of the upcoming World Cup that would costs the Brazilians an estimated R$ 25.6 billion (about EUR 8.3 billion). 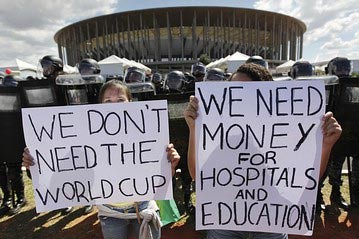 The school system in Brazil is such that at the primary and secondary level, private schools are significantly better – but also much more expensive – than the free public schools. As a comparison: it is estimated that a student from an 8th grade public school is at the same level as a student from private school in 2nd grade. Contrary to primary and secondary level, the public universities are considered as some of the best in Latin America. In order to get accepted to those public universities, however, one needs to pass university entry tests, where pupils from private schools clearly score far better, bringing us back to square one and leaving the public school student without further education.

One of the main culprits of this system is funding. The Brazilian government spends up to five times more per university student – with its free public university system – as compared to pupils enrolled in primary or secondary schools. This is clearly benefitting the rich, who were able to afford the private schools and get to send their kids to those public universities afterwards.

This funding misallocation is translated into too few elementary and secondary schools, which on its turn led to Brazilian students rotating through schools in shifts, with some attending class for just four hours a day. There are also not enough teachers, let alone good ones, which should not come as a surprise considering the small pay-cheque they get in return. As an illustration, a Brazilian teacher on average earns 1/10th (10%) of a Suisse teacher. Not quite motivating… 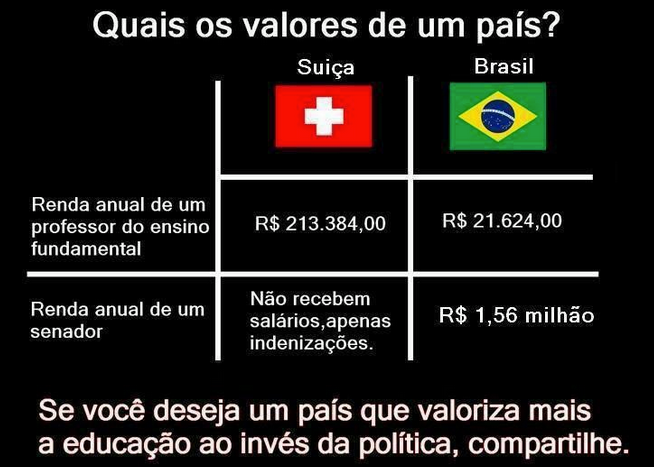 There have however been initiatives to get the Brazilian education back on track. In 1995, former President Cardoso launched the ‘National Education Plan’, which was intended to redirect educational resources towards the lower grades. It enhanced access to and attendance at primary schools through programs that pay poorer families to send and keep their kids in school.

President Lula and President Roussef continued the effort and doubled the government spending per student and allocated large percentages of the state’s oil reserve revenues to fund the Brazilian educational system. Those efforts are slowly but gradually paying off now, but big challenges remain still for a country who desperately needs to prepare its next generation… 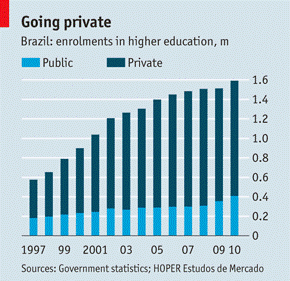