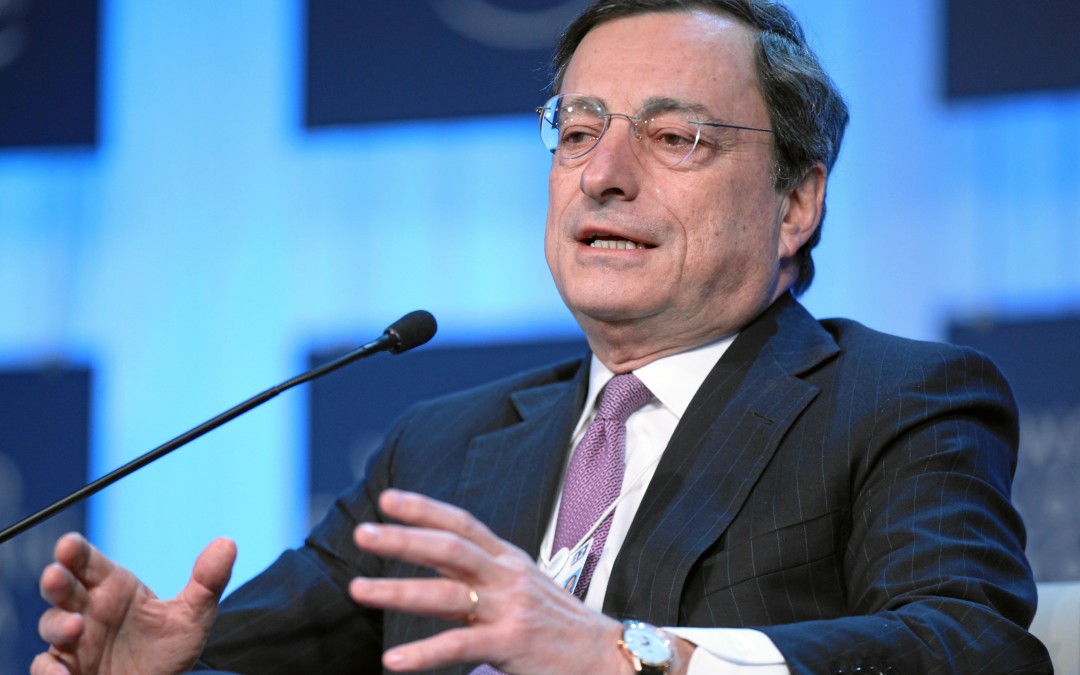 After his “whatever it takes”-moment in the summer of 2012 to avoid the break-up of the Eurozone, ECB president Mario Draghi today makes it very clear that he, once again, will do whatever it takes within his powers to prevent the Eurozone from falling into a Japan-like scenario of deflation.

Not only does he lower the main policy rate to 0,15%, but more importantly, he decided also to lower the “deposit rate” to minus 0,10%. So effectively he is imposing a levy on banks who place their surplus liquidity at the ECB.

While this measure was widely expected, he also introduced “TLTRO’s” = Targeted Long Term Refinancing Operations, or unlimited liquidity for banks at the current low rates, on the condition that this liquidity will support the banking sector in providing credit to the real economy, excluding loans to households to purchase houses.

He expects that banks will take probably up to 400 bn EUR at two offerings later this year.

Moreover, he clearly stated that the ECB , in order to enhance the functioning of the monetary transmission mechanism, is preparing the outright purchase of Asset Backed Securities (ABS) on the condition that the underlying assets are simple and transparent (so no synthetic structured products whatsoever).

Taking into account the planned TLTRO’s and the clear objective to start buying ABS later this year, Mario Draghi is clearly targeting the real economy and more precisely the supply of credit to the small & medium sized enterprises who have to rely on bank credit to finance their day to day operations.

SME’s are the backbone of our European economy, so whatever the critics might say about these measures, at least Mario Draghi is taking his responsibility and trying everything to unblock the current credit drought to this crucial part of the economy.

Let’s believe him it will be enough.