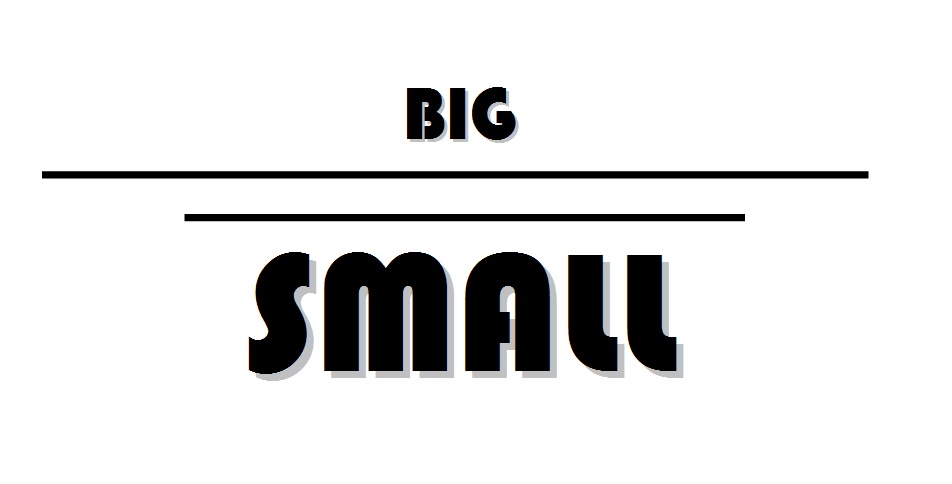 Does size matter? Of course it does! It’s a question frequently raised, whether appropriate or not. Imagine it’s 6am in the morning and you just had 2 hours of sleep last night. It’s an important day, and you need to be on top of your game. To get a little kick-start you order a coffee on the corner of the street. The man behind the counter asks you “What size do you want?” Without hesitating you reply “The bigger the better!” So, from time to time size does matter I guess. But is bigger always better? When you’re investing in emerging markets it isn’t! Why is that?

Let’s go back in time to the Valley of Elah, where the remarkable war between the Philistines and the Israelites took place many centuries ago. Instead of risking many lives the Philistines brought forward their champion named Goliath. For 40 days, every single day, he offered the Israelites to end the war with a single fight. The stakes were high.

Goliath was an enormous soldier who was rapped in armor from head to toe. For that, it took 40 days for one brave soul, named David, to accept the challenge and take on the massive champion of the Philistines. David was a small shepherd, with no armor or sword. No need to say that David was chanceless against the big champion. Or at least, that’s what everyone thought.

Nothing was less true. It only took David a slinger and one stone to hit the champion on the head and knock him out. After which he killed him with his own sword. The size of Goliath made him look invincible and raised the perception of having many advantages. In the end however, the much smaller David outsmarted him with limited weapons. 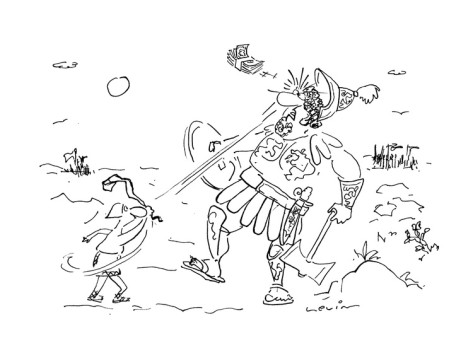 You wouldn’t tell, but this story has a lot in common with investing in emerging markets through private equity players. Picking the right private equity manager is a difficult exercise. There are a lot of variables to be taken into account when analyzing a potential partner. Remarkably enough, there’s one variable that many market participants tend to forget. Have a guess… Indeed, it’s the size that also makes the difference.

The data provider Preqin recently did a performance comparison between emerging markets-focused private equity funds of less than $1bn with those that have more than $1bn of ammunition. They found that from 2005 – 2013 the average internal rate of return for the smaller funds was 10%, compared with 7% for the larger ones. Although, it must be said that the results of the smaller funds were far more widespread, which could lead to the conclusion that it will be more difficult to find the best performing smaller managers.

Big institutions that want emerging markets exposure usually end up committing large sums to well-established, bigger, developed country-based private equity managers. The reason behind this is the size of there ticket. “Most of these investors start at $100m ticket sizes, but they also do not want to be more than 20% of the fund,” says Robert van Zwieten, the Emerging Markets Private Equity Association’s (EMPEA) president and chief executive. This means that the fund should be at least $500m at final close for it to be attractive to the big institutions. Most of the local funds don’t reach that size. Scarcity of large companies with sizeable deals in these countries also leads to more competition, and therefore dampens returns through higher entry valuations.

“A lot of growth opportunities in emerging markets are going to be in small companies, and it’s the small private equity manager that’s best placed to grab them,” says Nadiya Satyamurthy, EMPEA’s senior director of consulting services. Of course you don’t want to put all eggs in one basket. A multi-manager fund gives the investor exposure to multiple smaller managers. Not only is it a solution for big institutions to divvy up their large tickets, it also gives them the opportunity to diversify and to address their bigger dispersion in returns.

This is exactly what the Buysse & Partners Latin American Growth Fund tries to achieve for the family- and institutional investor. We invest in smaller local-based private equity managers, who know their own market better than anyone. On top of that we are looking to invest in different countries across the Latin American region for even more diversification. It is in our view the best way to seize the opportunities that can be found in a region with so much potential and to create additional returns when compared to the multi-billion private equity funds.

Many centuries after the battle between the Philistines and the Israelites, it seems that the story is still valuable. If it comes to investing in emerging markets, it looks like the Davids of this world can outsmart the big Goliaths once again. With their smaller weapons they are more dynamic and able to achieve bigger victories. So, bigger isn’t always better. But one thing is for sure… Size does matter!