Deflation or inflation, that’s the question. 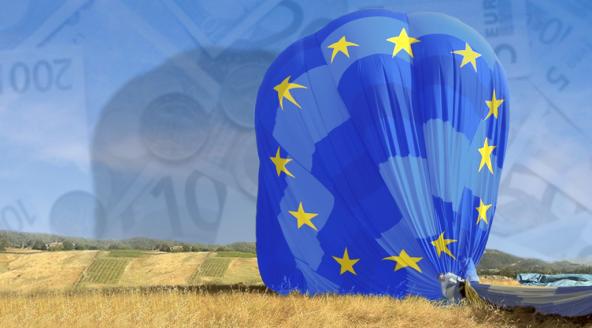 While a lot of people have been anticipating rampant inflation due to the extreme monetary intervention by central banks, the current trend of disinflation (a trend of lower inflation rates) is more akin to deflation, i.e. a situation of decreasing prices and salaries. What are the explanations for this rather surprising trend and what are the implications for central bank policy?

First the explanations. These are both structural and cyclical in nature. The structural deflationary forces at work are globalisation (cheap labour entering the work force in emerging markets and global competition both putting pressure on prices), the continuous technology improvements (e.g. microprocessors becoming ever more powerful and less expensive) and the disruptive impact of the internet on business models (e.g. retail). Most of these trends where already visible before the Great Recession but they are now amplified by more cyclical forces. The most important ones are the large output gaps and high unemployment levels in Western economies as the economy continues to operate below its full capacity. The much hyped “commodity supercycle” is also running out of steam, putting downward pressure on input prices. And although the deleveraging cycle of households and corporates is behind the worst, it is still rather deflationary than anything else.

What are the implications for central bank policy? Deflation is the biggest fear of every central bank because it is much harder to combat than inflation. With inflation the interest rate can be raised and a recession started in order to break the upward inflationary spiral, whereas with deflation more unorthodox monetary techniques are required such as QE and even then the chances of success are lower than when you are combating inflation, as two “lost decades” of structural deflation in Japan have shown. With this fear in their minds, central bankers will be very reluctant to close the monetary tap before they are totally convinced that deflation is no longer a probable outcome. By doing so, they will face two other risks as the potential side effects of their reluctance: the creation of an asset bubble fuelled by all this liquidity or a bond market crash as inflation expectations rise unexpectedly because the output gap is much smaller than anticipated.

But for the time being, the crucial question whether the greatest risk is deflation or inflation is impossible to answer with absolute certainty. As the central banks are determined to prevent deflation, it seems wise to assume the risk of inflation is greater than deflation. Does that mean we need to prepare a strategy for an impending period of (hyper) inflation? That too is far from certain because it is quite possible this inflationary pressure – even if it does happen – will not manifest itself for a couple of years.

Ironically, a scenario of deflation cannot be excluded either, considering that the impact of a bursting asset bubble will be potentially very deflationary…

It seems improbable in any case that the unorthodox policy of the central banks will seamlessly result in an economic normalisation, which means it is best to keep an open mind as to which scenario will ultimately gain the upper hand and to act accordingly.