Colombia: peace is for the picture, water keeps the country running.

We just spent 3 days in Colombia for an intense due diligence on a new private equity fund for the Pacific Alliance countries (Colombia, Peru, Chile and Mexico). Safe from all the strategies, fund terms and track records, there were 3 recurring themes during the lunches and dinners: the peace talks, water and… the extreme devaluation of the Colombian Peso.

Let’s start with the good news. Almost everybody we spoke to is convinced that 2016 will be the year where finally a peace agreement with the Revolutionary Armed Forces of Colombia (FARC) will be concluded. Not more than 10 days ago, the Government and the FARC, from out of Cuba, announced the next steps in the peace process (http://colombiapeace.org). The FARC in the past caused a lot of damage to the country, and people see upside for especially the countryside of Colombia when there finally will be peace, but … there is consensus that the actual agreement on peace will mainly be a “picture-perfect-moment”. The framework is already fixed and agreed upon. 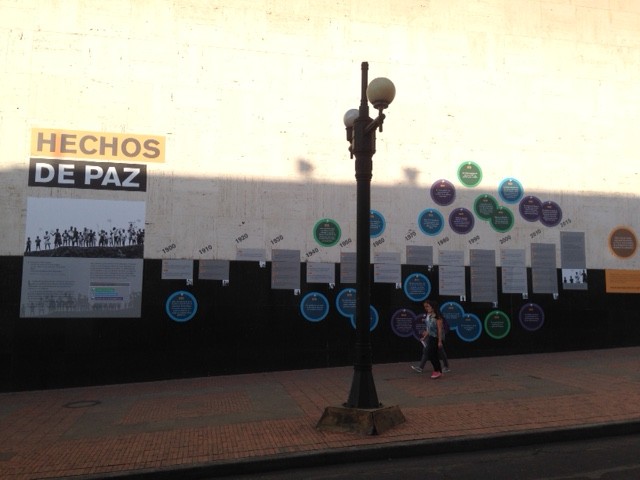 What concerns the Colombian nation much more these days is the ongoing lack of rain. El Nino is currently causing the worst drought in history: http://colombiareports.com/colombia-suffering-worst-drought-in-recorded-history/ . For a country that produces 65% of its power from hydro generation, that is a problem! And also for transportation this causes worries. Notwithstanding all the countries’ good intentions for dreding the Rio Magdalena for the purpose of use as an inland waterway, the current status of the river does not allow it for any barges to pass.

And yet, there are some cheap commodities to be shipped. The local currency in the last year lost almost half of its value to the US Dollar: http://www.tradingeconomics.com/colombia/currency#historical

This obviously does not go unnoticed and it caused some foreign direct investors in the country to take a step back. But this also creates opportunities. The Colombian people over the past year have proven to be a very agile breed. They adapted themselves quickly to the new environment. Costs were slashed and valuations came down. We are convinced that, for long term investors, the time to invest in the Andean region is now. More than ever.