Chile: The Challenges Ahead 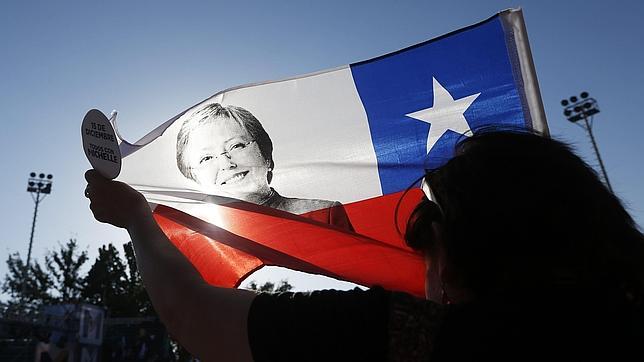 Big promises ask for great actions. During her campaign Ms. Bachelet promised free higher education, progressive tax reforms and a new, more democratic, constitution. It makes sense that these promises don’t go without challenges. In this blog we’ll try to provide a short overview of the challenges.  To make a technical matter “digestible”, we received some help from a good friend… 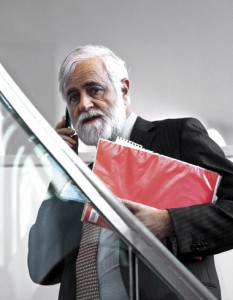 In an interview with CNN Chile, professor Eduardo Aninat, Chile’s former minister of finance and Advisory Board member for the Buysse & Partners’ Latin American Growth Fund, provided his view on the economic challenges the new government faces and put them in a historical context. Mr. Aninat said that, after democracy was restored in 1990, all governments have contributed positively to the development of the country. This government shall be no different, but challenges remain.

Friday the 11th of March Michelle Bachelet took office for her second term as the President of Chile, after being elected with over 62% of the votes in December 2013. At the end of her first term, from 2006 until 2010, she enjoyed a stunning 82% approval when leaving office. Sebastian Piñera, the former President, is handing over a country with better fundamentals. Like Bachelet before him, Piñera is constitutionally blocked from seeking a second consecutive term.

After a series of student-led protests, Ms. Bachelet had put education reforms high on the priority list during her campaign and, as a consequence, promised free higher education for all. Logically, financing for these education reforms will be needed. With respect to this Mr. Aninat says that “it is viable, reasonable and serious” that permanent resources will be required to account for new permanent spending. In this sense, “it is not unreasonable” to increase taxes by 3 percent of gross domestic product. However, in his interview with CNN Chile Mr. Aninat states that it is important to look at what will be done, how it will be done, and what the effects will be with respect to the Taxable Profits Fund (Fondo de Utilidades Tributarias – FUT) when implementing the changes.

The FUT was created during the dictatorship of Augusto Pinochet in the 1980’s. At that time Chile was emerging from its worst economic crisis since the Great Depression. Companies could not obtain funding from abroad. The FUT gave businesses access to liquidity by allowing them to defer payment of income tax on earnings that were retained rather than distributed to shareholders. In other words, there was a strong incentive to keep money in the company and to reinvest it. Critics of the FUT say it acts as a free loan for companies, and that it is also used, in some cases, to avoid paying taxes.

Ms. Bachelet also plans to raise corporate tax by five points to 25%, while lowering the top income tax rate from 40% to 35%. She also promised to close long-standing loopholes in the tax structure permitted by the FUT – which enables some individuals to drop to a lower income tax bracket. Getting rid of the FUT as a whole could however be an overkill. For nearly 30 years, the mechanism has served Chile well. It has encouraged investment and it is a big part of the reason why Chilean companies are very well capitalised. Throwing it all out at once could backfire, by reducing investment and domestic savings. It goes without saying that Ms. Bachelet should take this into account when working out her tax reform plan. A raise in corporate tax isn’t necessarily a bad thing. If the money raised is used to improve education and human capital, this could more than compensate the impact on investment in the long run.

Moreover, Mr. Aninat thinks the tax reform is in good hands with Mr. Alberto Arenas, who serves as the Minister of Finance in the new Cabinet of Ms. Bachelet. “He’s a very good expert”, who has a lot of experience. Although Prof. Aninat admits that he would have preferred to see the order in which the government advertises things reversed. In his opinion a tax reform is only a means to an end, where it clearly serves a certain goal. In that sense, the tax reform should match the purpose and not the other way around.

Finally Ms. Bachelet, a former political exile, promised the people of Chile a new “democratic” constitution to replace the charter drawn up under military rule that is still in effect today.

Although Chile is already seen as one of the most stable countries in Latin America, this could bring even more stability to the country and allow its economy, together with its people, to further follow the upward path it has taken in the last couple of years.

Chile has a great future lying ahead of it. Mr. Piñera, the former President, gave his successor a country with very strong macroeconomic statistics, including low inflation, nearly 1 million new jobs, a fiscal deficit of 0.6% and liquidity reserves of $23bn to offset recessionary forces, if needed. It’s clear that Chile placed its sovereign debt in 2012 at the lowest interest rates of any emerging market in history for very obvious reasons. The upcoming months will be very interesting and challenges await, but the fundamentals are right.

For those who want to see the entire interview with Prof. Aninat in Spanish, please click on the link below. 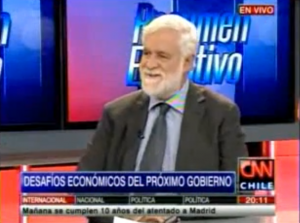