Changing the world, one sip at a time! 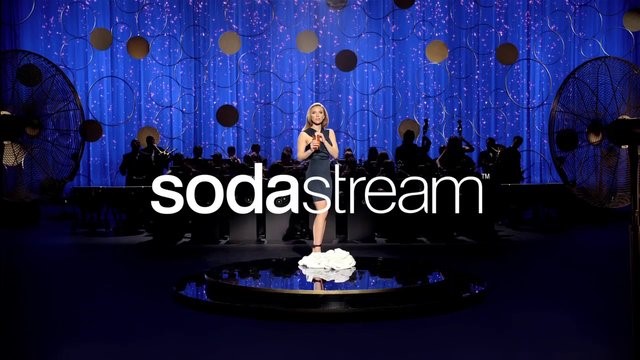 “If only I could make this message go viral!”, she said. Scarlett Johansson succeeded in her goal earlier this month at the Super Bowl, the big final of the American Football season. With her publicity stunt for SodaStream, an Israeli producer of sparkling drink machines, she reached no less than 111.5 million people watching the finale. SodaStream not only got it’s Super Bowl commercial censored ahead of the sporting event because of heavy pressure from The Coca Cola Company, one of the major NFL sponsors, it also saw its global brand ambassador, Scarlett Johansson, being reprimanded by the humanitarian group Oxfam International.

Scarlett Johansson came under fire by the charity for supporting SodaStream. The company operates from the West Bank, Palestinian territory occupied by Israel. Oxfam opposes all trade from Israeli settlements arguing that it is illegal and denies Palestinian rights. After 8 years Ms. Johansson now announced the ending of her cooperation with Oxfam, citing they have “fundamental differences of opinion” on this topic.

This controversial dispute between the two had a rather positive effect according to the CEO of SodaStream, Daniel Birnbaum, who thinks all publicity is good publicity. He nevertheless admits that having a factory in a West Bank industrial zone near Jerusalem is a “pain”. Norway, Sweden and Finland for example have boycotted the SodaStream products because of the production entity on the West Bank.

The economical clue of the story is actually of a whole other level. The machines that SodaStream produces allow the user to make a soda drink, by adding bubbles and an available flavor of choice to plain water. 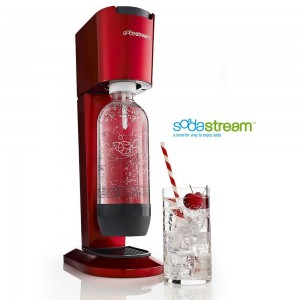 This means that there are no plastic or glass bottles involved in the process. If the company succeeds in getting the message out, it could have a major impact. Imagine what this, amongst others, could do to the logistics costs of a company. Not only would it disrupt business as usual, it could also have a positive impact on the environment.

In the mean time, Coca Cola got the message and started experimenting with the business model itself. And although the dust begins to settle for Ms. Johansson, the big storm between SodaStream and the Coca Cola’s of this world is probably still to come. With the statement “Sorry Coke and Pepsi!” Scarlett Johansson made it loud and clear. This business model isn’t here for the short term, it’s here to stay.

2013 was a rough year for SodaStream International Ltd. Its share price peaked at $77,80, and bottomed out early 2014 at $35,27. Since the Super Bowl commercial the share price has risen back to $40,93. Not bad for a “bad” publicity stunt one would say. Either way, we think it’s worth watching SodaStream. If it’s not for the stock, than at least for the innovative business model and trends these kind of companies produce.