Brazil: The End of an Era? 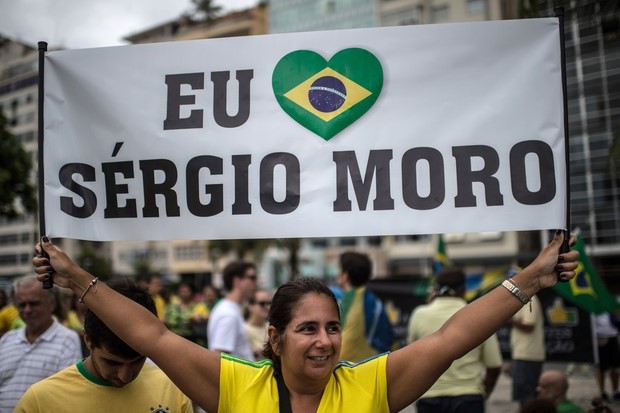 Things are going to grow worse in Brazil before they get better, but the new generation judiciary brings hope

Even by Brazilian standards, the recent events have been extraordinary.

Prosecutors requested Brazilian ex-president, Lula da Silva’s arrest over charges of money laundering and fraud. In the light of the corruption investigations at state oil company Petrobras, Lula is accused of secretly owning a beachside penthouse.

The charismatic Brazilian ex-president rejoined the government, at President Rousseff’s invitation, to act in a key ministerial role. As a minister, Lula would have immunity in all courts apart from the Supreme Court.

Just as President Dilma Rousseff was swearing in the former president at the presidential palace, a federal judge issued an injunction blocking the appointment and released police phone recordings of Lula’s private conversations.

In this explosive recording, President Rousseff called the ex-president to tell him she was sending him a document confirming his ministerial appointment and that he should use it “only if it is necessary”, fuelling the accusations that he had been appointed as minister only to shield him from immediate arrest.

Although Brazilians are accustomed to political scandal, last weeks events have brought Brazil on the edge of a constitutional crisis and prompted mass street protest.

Government supporters took to the streets in support of Lula, claiming that blocking Lula’s appointment was a coup attempt by the opposition. The opposition demonstrators called the ministerial appointment of Lula a move to save the 70-year-old former president from jail.

Investors have bet on a government collapse. Financial markets rallied on bets that an impeachment could pave the way for a new government with a stronger mandate to revamp economic growth. The Brazilian real appreciated with the news.

Until the impeachment voting there will still be a lot of volatility and uncertainty. Our local partners in Brazil said that there is a heavy fight for power going on, but that the game is still played within the democratic process. Witnessing this political fight, the public opinion is moving fast and President Dilma and her predecessor Lula, are very weakened. The main opposition party PSDB (centrist Brazilian Social Democratic party) is creating a new coalition with the PMDB (centrist Brazilian Democratic Movement party and President Dilma’s biggest coalition partner) and people are hopeful that such a shift in power could bring positive change. On Tuesday the PMDB decided to leave Dilma’s government, a very strong signal, increasing the chances that the president will be impeached in the next months.

When we spoke to people in São Paulo we hear strong support for the way the “Car Wash” investigation into Petrobras is lead. The central figure is Sérgio Moro, a 43-year-old Harvard-educated judge who changed the rules in a country renowned for institutionalised corruption. Judge Moro is surrounded by officials who are in their thirties and forties, a generation who drifted away from politics and is less susceptible to bribery and intimidation. Not only top-level politicians like Mr Lula da Silva are being investigated, also the super-rich elite is vulnerable to Brazil’s new breed of judges and prosecutors. Marcelo Odebrecht, the boss of the country’s largest Brazilian construction company, was recently jailed for 19 years.

The changes that Sérgio Moro and his colleagues are pursuing give hope to Brazilians and should increase confidence of international investors.

When we discuss with private equity investors they say that they are increasingly active in Brazil. The timing to deploy capital is good and they see an increasingly better pipeline than in the hot years 2011-2012, in volume as well as in quality.